KEN HYGIENE SYSTEMS is one of the world’s most innovative manufacturers of professional solutions for disinfection, and have clients in hospitals, laboratories, restaurants and the pharmaceutical industry worldwide. 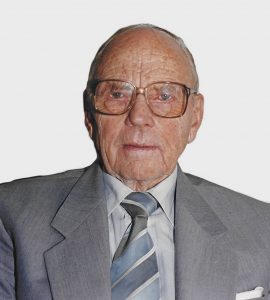 In 1948, the first KEN dishwasher was introduced amied at restaurateurs and public institutions. The first machine designed for the hospital sector was ready for sale in 1974. In 1980, KEN introduced a dedicated machine for washing bedpans. Afterwards, KEN has expanded their business area to selling disinfecting washing machines to laboratories.

The service business was established in 1960 to support sales of KEN’s catering machines in Denmark and ensure a close relationship with users of the machines.

The KEN fundings are primarily donated to humanitarian aids and charity

Manufacturer Kaj E. Nielsen and Gudrun E. Nielsen Foundation – colloquially KEN Foundation – is an independent foundation that was created in 1983. The foundation took over the majority stake in KEN A / S in 1986. Chairman is Mr. Mogens K. Nielsen. KEN foundation’s objective is primarily to ensure the future of KEN A / S, partly as a financial foundation and partly by ensuring an appropriate Board of Directors of the subsidiary. Besides this, KEN Foundation a non-profit charitable foundation, which over the years has supported many charitable projects both at home and abroad, but especially in the local community.

You can find out more about which cookies we are using or switch them off in settings.

This website uses cookies so that we can provide you with the best user experience possible. Cookie information is stored in your browser and performs functions such as recognising you when you return to our website and helping our team to understand which sections of the website you find most interesting and useful.

Strictly Necessary Cookie should be enabled at all times so that we can save your preferences for cookie settings.

If you disable this cookie, we will not be able to save your preferences. This means that every time you visit this website you will need to enable or disable cookies again.